Does anyone else feel like spring was a blur?

How is it June already? How is it summer?

So, for the past few months, I’ve been doing the whole grad school thing while also living the librarian life, which means I didn’t get the chance to read as much as I would’ve liked.

Hence the seasonal wrap up. It didn’t make sense for me to do a monthly one, so I figured I’d combine them all into one.

This past spring, I read a total of….wait for it…

Yep. Try to hold back on the applause.

I finished four books in three months, which doesn’t sound like a lot, I know.

BUT! I also DNF’d three books in those three months, and I’m currently reading three books right now that I started in May, so….technically it’s ten???

Am I stretching it? I probably am.

Anyway. These past three months, I read these four lovely books:

A Curse So Dark and Lonely by Brigid Kemmerer

Summary: Beauty and the Beast retelling with a modern twist

The Tattooist of Auschwitz by Heather Morris 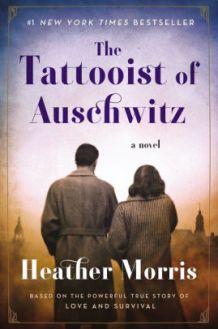 Summary: In April 1942, Lale Sokolov, a Slovakian Jew, is forcibly transported to the concentration camps at Auschwitz-Birkenau. When his captors discover that he speaks several languages, he is put to work as a Tätowierer, tasked with permanently marking his fellow prisoners.

Daisy Jones and the Six by Taylor Jenkins Reid

Summary: An oral history about the rise and fall of a fictional 1970s rock band inspired by Fleetwood Mac. 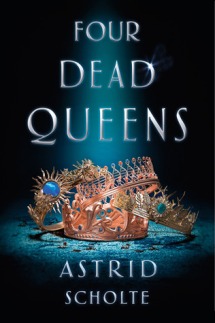 Summary: Keralie Corrington is one of Quadara’s most skilled thieves and a liar. When she steals a package from an innocent bystander, Keralie finds herself entangled in a conspiracy that leaves all four of Quadara’s queens dead.

Here are the three books I did not finish: 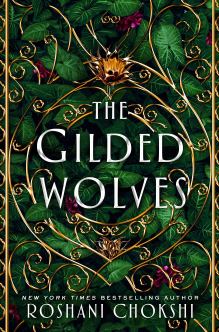 The Gilded Wolves by Roshani Chokshi

Summary: It’s 1889 in Paris. A treasure-hunter, engineer, historian, dancer, and “brother in arms” are sent on a mission to find an ancient artifact for the powerful Order of Babel

This book was all over the place from the beginning. At first, it felt like a teen Mission Impossible, which I was okay with, but then it started giving me The Da Vinci Code vibes, but not in a good way.

The Gilded Wolves major flaw is that it tries to do too many things at once. Characters constantly refer to things that happened previously, which makes this book feel more like a sequel than the first book in a trilogy. I was so lost and confused through the entire narrative, and since the relationships between the characters are established from the get-go, you really don’t get a chance to get to know them and root for them. 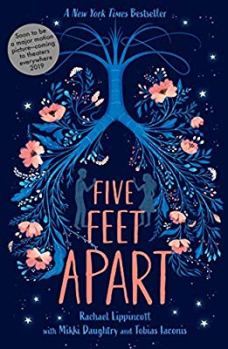 Summary: Stella Grant and Will Newman have cystic fibrosis. They must stay five feet away from each other at all times, or they could die. This proves to be difficult as they start to catch the “feels” for each other.

The relationship between Stella and Will was barely even a friendship. I felt like they tolerated each other at best, and then out of nowhere, Will gets all dramatic and tells Stella, “This thing between us can’t be a thing!”

…What thing? Where is the thing?

This random bit of drama lasts for about a day. Stella then decides to ask Will out and do the whole “five feet apart” thing, and then on their date, Stella does something COMPLETELY OUT OF CHARACTER (she does a strip tease), and then Will thinks to himself, “I think I’m in love with her.”

I couldn’t get on board with their relationship, and since this is a YA romance, it didn’t make sense to keep going. I guess I’ll never find out if they give in to their “five feet apart” rule.

Storm and Fury by Jennifer Armentrout

Summary: Trinity Marrow may be going blind, but she can see and communicate with ghosts and spirits. Her unique gift is part of a secret so dangerous that she’s been in hiding for years in an isolated compound fiercely guarded by Wardens—gargoyle shape-shifters who protect humankind from demons

Thanks to Harlequin Teen and Netgalley for providing me with this eARC. Opinions expressed are my own.

First, I want to say that this book did fail the “five chapter chance,” but since it was an ARC, I tried to push through to chapter ten to give it a chance and ended up DNFing at chapter eight.

Trinity  is “eighteen” (going on fourteen) and has spent most of her life in a compound guarded by gargoyle shape-shifters who look like total babes in their human form.

Why? I have no idea. Trinity constantly talks about how special she is (she refers to herself as a “special snowflake.” Not even kidding). Her mother is human and her father is SOMETHING ELSE (!!!), but she never tells you why, which is frustrating considering the fact that Storm and Fury is told in first person point of view. If it had been third person, I think it might’ve worked, but with first…it’s just aggravating.

Then, we’re introduced to Zayne: the hottest Warden in Hotsville (at least in human form. Who knows what his gargoyle form looks like). He has a “beautiful throat,” “sexy laugh,” thick eyelashes, and thick lips (Trinity mentions this several times). He’s basically the Edward Cullen of gargoyles, and Trinity is Bella Swan with more drooling.

Not much happens in the first eight chapters other than a demon attack, which is the “inciting incident” that brings Zayne into the picture. There are whole chapters where nothing happens and the dialogue between characters are random and don’t add to the story at all.

I didn’t enjoy this, but I still have hopes for the final version. We are getting it at my library, so I’ll have to take a peek once it comes in and see if anything has changed.

There you have it: my spring wrap up.

What do you think? Should I give the books I DNF’d another go?

Let me know in the comments down below!

Join 152 other subscribers
Follow Alynn the Librarian on WordPress.com